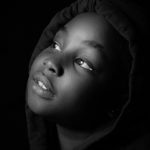 Timmy dreaded what was about to happen.

The children in Mrs. Bennet’s third-grade class were taking turns reading aloud short paragraphs from a story. As it came closer to his turn, Timmy’s stomach was in knots and he could feel tears stinging his eyes.

Suddenly, he was on.

He took a deep breath, looked at the first word of the paragraph, and slowly sounded it out.

He heard the snickers of his classmates. His face grew hot as he struggled to pronounce the word.

After school, when Timmy’s dad came to pick him up, Mrs. Bennett took dad aside. “Are you aware that Timmy can’t read?”

Dad saw Timmy’s face and realized that, despite her whisper, Timmy had heard every word she said.

Yet. A tiny three-letter, one-syllable word that can make all the difference in the world to the way a child sees himself.

Children are not born with a specific mindset, or way of looking at the world. Their mindsets are formed after birth by what they hear from their parents; by the way others treat them; by the names they are called; by the sincere praise—or sincere criticism—they receive.

Dad’s utterance of “yet” had a more profound effect on Timmy than Dad realized. Timmy stood a little taller and walked out of Mrs. Bennett’s classroom that day a changed little boy.

It’s Not Too Late

“Yet” is not a word that helps only children. It’s never too late to incorporate hope into your life, to start believing in yourself. Just add “yet” to any sentence that begins, “I can’t…” and see what a difference it makes in your mindset.

Adding “yet” to your vocabulary suddenly changes what you thought was a lost cause into a real possibility. It dissolves that impenetrable brick wall of “Stop—you can go no further!” into a pile of dust that is easily kicked aside as you stride forward. The impossibility is on its way to being a capability.

Add “yet” to your vocabulary and see how it changes the way you look at yourself. Add “yet” and see the hope it gives to others.

Question: How have you experienced the power of “yet” in your life?

Let us know what you think. Leave your questions or comments below.